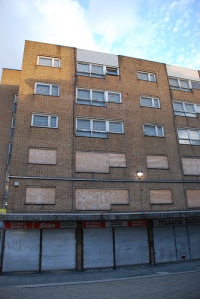 Subway Sounds (2020 – postponed due to Covid-19). With Dr Yunwen Gao from The Chinese University of Hong Kong, I have been awarded funding from the British Academy to explore New York City subway culture through sound.

Cultures of the Street (Ongoing). I am working on an ethnographic project exploring performance and ‘street’ culture across a range of historical and geographical contexts.

Keynote respondent – David Bradby Memorial Keynote ‘Ecologies of Amateur Theatre’ (2021) – I was the invited respondent for the DB keynote lecture (given by Nadine Holdsworth, Helen Nicholson and Jane Milling) at TaPRA2021.

‘Spaced Out’ (2021) – I was a panel member, along with Julia King and Antione Picon at the LSE’s Forum for Philosophy event on space, place and city design in a pandemic.

‘City Life, Estate Living and Lockdown‘ (2020) – I was a guest, along with Caleb Femi, Irit Katz and Julia King, on this BBC Radio Three Free Thinking episode, exploring the changing nature of the city during the coronavirus pandemic.

‘Sounds of the City‘ (2020) – I was a guest, along with Javon Johnson, on the ‘salon’ podcast series of Lend Me Your Ears, part of the Aural/Oral Dramaturgies project led by Dr Duška Radosavljević at the Central School of Speech and Drama. This podcast was also broadcast on Resonance FM in March 2021.

‘Social Housing in Performance: The English Council Estate On and Off Stage (2020) – I gave this invited talk at The Bishopsgate Institute, as part of the Library Late series.

‘Council Housing and Representation: How is the council estate represented in the Public Sphere?’ (2020) – I was an invited speaker at the Living Well: Health Wellbeing and the Built Environment conference, hosted by the Museum of Domestic Design and Architecture and the University of Middlesex.

Representation of Working-Class Women in British Theatre (2019) – I was an invited panel member at this event, curated by the organisation COMMON as part of the VAULT Festival 2019.

The Council Estate in Culture  (2019) – I was a guest on this BBC Radio 3 Free Thinking Show, exploring the role of the council estate in art and culture, along with artists Kader Attia and George Shaw, and the novelist Dreda Say Mitchell.

Art and Loss of Social Housing (2017) – I conceived and organised this event, at Exeter’s Phoenix Arts Centre, comprising an exhibition, film screening and panel discussion, which explored how art serves as a means for social housing residents to engage with the loss and threat of loss of their homes. This was part of the 2017 Being Human Festival of the Humanities.

Writing About Contemporary Artists (2017) – I was an invited speaker at this conference, held at the University of Surrey, on a panel concerning writing about artists online and with the use of social media.

Common Wealth (2017) – I was a invited speaker at this event on housing and activism held at Spike Island gallery in Bristol.

What Can Art Do for Housing Activism? A Long table discussion (2016) – I conceived and organised this panel at the London School of Economics as part of the 2016 Resist Festival of ideas and actions.

Estate: A Reverie (2016) – I was an invited speaker at a panel held after the screening of this film, at Queen Mary University of London, along with David Roberts, Dr Isaac Marrero-Guillamón and Elam Forrester.

‘The Resident Artist: Making Performance in Your Council Estate Home’ (2015) – I gave this public lecture at Senate House, London as an invited speaker for the Institute of Historical Research ‘Studies of Home’ series.

Performance, Property, Activism (2015) – I conceived and co-organised this panel at Queen Mary University of London.

Ten in a Bed (2015) – I led a successful funding bid for and co-delivered the project Ten in a Bed, supported by Queen Mary University of London’s Centre for Public Engagement. Ten in a Bed was a collaboration between Phakama, the Drama Department at QMUL, East End Homes, Discover Children’s Story Centre (Stratford) and families local to QMUL. It was an innovative model of two way public engagement. It informed audiences (arts, education, local authority) of research into the personal and social benefits of arts practices, and engaged directly with ‘hard-to-reach’ local families to enhance literacy and family learning opportunities.

Look at the E(s)tate we’re in (2013) – invited participant and speaker to this summit on council estates and social engagement organised by performer Jordan McKenzie.

‘Playing Up 2’ (2010) – observed rehearsals and delivered workshops for the National Youth Theatre on the ‘Playing Up’ programme, which prepares disadvantaged young people for Higher Education in a drama school environment.

Month long residence as applied theatre practitioner in South Africa (2010) – delivering workshops in game-play and creative drama to children in deprived and remote communities in the North West Province.

My House Project (2009) – worked to engage social housing communities in the theatre by encouraging them to attend workshops designed to work towards a performance; also encouraged them to become involved in theatre by providing tickets to performances.

‘Performing Estates’ (2009) – acting workshops encouraging participants to explore a specific housing estate and a flat in the estate and then to re-embody the space through workshops in a studio.